More evidence we have cleared the summit.

The median home price for SFRs stayed at $450,000 in August and September. In October we are seeing a steady decline in the median price and it will continue. Inventory continues to rise despite the increase in the total number of homes sold during September. The last peak to valley lasted 5 years so it’s too early to be shopping. Patience. 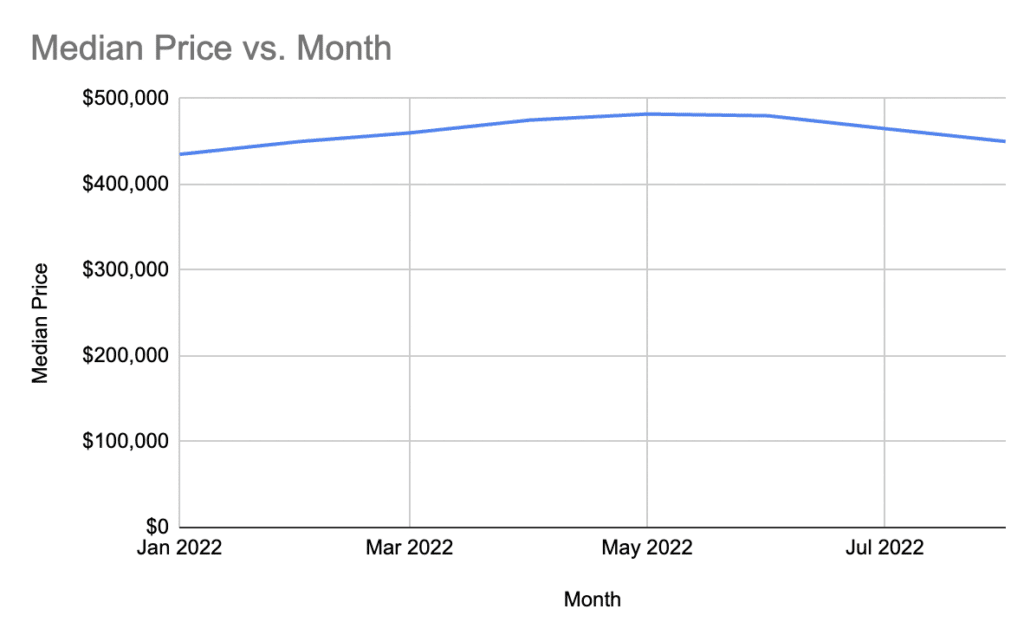 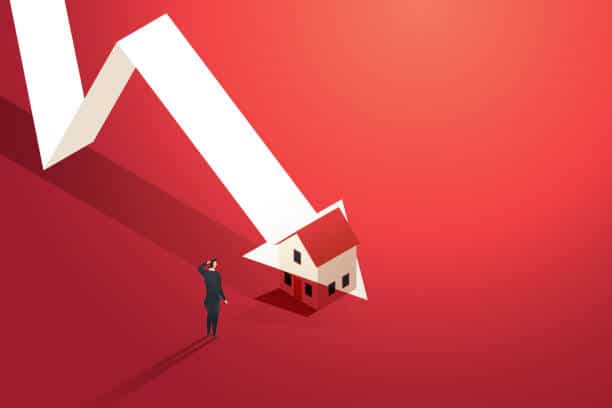 According to Realtor.com, Las Vegas is ranked number seven among the largest cities to see prices drop..

The main reason: Higher mortgage interest rates have thinned out the ranks of buyers who can still qualify for a home loan and sharply reduced the price of the homes the remaining few in the market can afford. Frenzied bidding wars and six-figure offers over the asking prices have left the station. Homes are now sitting on the market longer, inventory is piling up, and sellers are cutting prices.

Homeowners might have felt like they had been holding a pair of aces earlier this year, when home values were up 25% over the year before. But the nearly 8% drop in prices in recent months has wiped out most of those gains. When the housing bubble burst, Las Vegas suffered one of the worst blows in the nation. It was also one of the slowest to recover.

Expect interest rates to go to 8.5%

According to website “The Real Deal” interest rates will continue to climb. National Association of Realtors chief economist Lawrence Yun predicted that interest rates could be on their 8.5 percent if they pass a threshold of 7 percent, according to Bloomberg. Yun based his forecast on key levels of resistance borrowing costs will face after a key inflation indicator hit a 40-year high.

Mortgage applications fell 14.2 percent the final week of September, according to a Mortgage Bankers Association weekly survey. The figure marked the slowest pace for mortgage applications since 1997, though some of that was due to a precipitous drop in applications in Florida following Hurricane Ian.

Rental Season Is Over

All the kids are in school and the rental season is over. We do expect rental prices to flat line for the next few years. Since most of our owners are catching up with market rent, the majority of our customers will continue to see an increase in rent until the end of 2023. In the last downturn, rents remained flat even though many houses went into foreclosure. It is highly unlikely to see a decrease in rent for the next decade. If you currently have a vacant rental, it’s time to slash the price before November 1st.